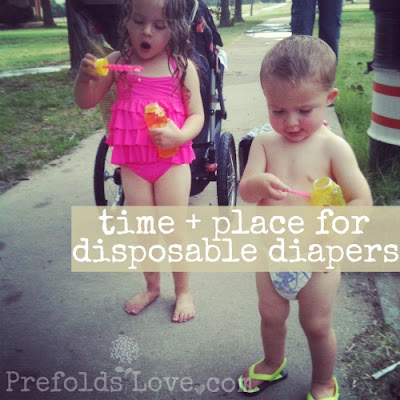 Fact: we have not used cloth diapers 100% of the time.

I hope that doesn't come as too much of a surprise. But I thought you should know so you don't think I'm being a hypocrite when Ian's in a disposable diaper while I write my latest post about cloth diapers. We use cloth the majority of the time, yet, there are still times that we dig into our small stock of disposable diapers.

Cloth diapers could technically be used all the time, and we probably shouldn't even buy disposables so it's not an option. (After all, it wasn't before 1948.) Alas, we're not there yet. Here are a few of those times that we have opted out of cloth diapers...

Why Use Disposable Diapers

There have been quite a few times in our 1 1/2+ years of cloth diapering that we've used disposable diapers. Here are some of those occasions...

Ian recently went through a bout of teething with terrible diarrhea paired with an awful diaper rash. I had to use Aquaphor on his bum for a few days to keep sores from appearing, and Aquaphor is simply not cloth friendly. There are liners that we could have used to protect the cloth, but we opted for disposable diapers.

When taking a break.

There has been a time or two when the whole family is sick, and there's enough going on I just need a couple days break from the diaper laundry. It's usually only a day or two and not longer than a weekend, and is just the break I need to get well and jump back into our usual routine.

There was a couple weeks that Ian's diaper was constantly leaking, and I couldn't figure out why. It got frustrating because I was constantly changing his clothes at every diaper change. I took a brief break from cloth, then tried a couple solutions when we returned to cloth. I got it figured out, and the short break kept me from giving up on it all together.

When away from a washer for longer than a day.

We took a longer break from cloth diapering when we moved last year. Even after the move, we were staying with my sister and I didn't expect them to change their opinions of poop in their washer just because we had chosen to use cloth diapers. So I put the cloth away for a month or so until we moved into our own place. We also took a break over Christmas when we traveled to the mountains and didn't have access to a washer. Of course, die hards would probably go to a laundry mat and have a supply to last longer between washers, but we're not there yet.

More recently I have put Ian in a disposable for church because I'm having a hard time finding nice church clothes that fit well over cloth without being too big/baggy everywhere else. Not a big deal for us.

When away from the house most of the day.

When Ian was exclusively breastfed I didn't care if a poopy diaper sat in a wet bag until we got home and could throw it in the wash. Now that Ian's poop needs flushed down the toilet and is overall more disgusting, I'm just not comfortable letting a poopy diaper sit in a wet bag while we're out-and-about. So if we're running a lot of errands or spending more of the day out, then I'll put him in disposables.

When I didn't have an overnight solution.

For a while, after Ian started sleeping through the night, I put him in disposables because I didn't know of a solution that would be absorbent enough for overnight but not overly bulky and uncomfortable for him. It was only one diaper a night, so I didn't care that much. Then, I learned about hemp which is ultra thin and super absorbent. It works perfectly for overnight!

Conclusion on cloth vs. disposable diapers...

We've already put money into stocking up on cloth diapers, so I feel we should use them as much as possible. But there are times when disposable is helpful or even necessary. And by giving ourselves the room to use disposable, we are more likely to quickly return to and stick with cloth diapers through potty training.

There's no reason to feel guilty if you find yourself returning to disposable diapers. Your stash of cloth diapers will be ready when you are.

Email ThisBlogThis!Share to TwitterShare to FacebookShare to Pinterest
Filed under: disposable, the bad 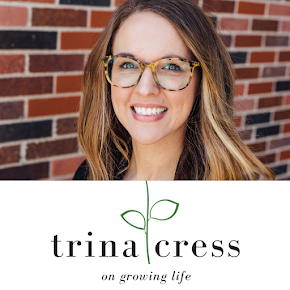 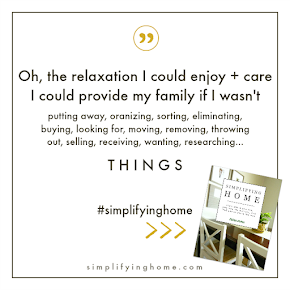